Goodwood’s figure skater, Gian-Quen Isaacs, 16, has set her sights on qualifying for the Olympics.

The Western Province Ice Skating team member is well on her way to becoming one of the best ice skaters South Africa has ever produced.

With the win in the bag, she is now focusing on her next event, which is the Cape Inter-Provincial Figure Skating Championships, at the GrandWest, at the end of March. The championship will see Isaacs compete against the best from Gauteng Central, Gauteng, Western Province, KZN and Gauteng North.

“Ice hockey just looked fun when I watched it, but ice skating I fell in love with it after watching other kids train and watching competitions. It is just the amount of hard work they put in, the skills they put in and the amount of effort they put in their jumps, it is just different,” she said.

The Grade 11 Holy Cross High School pupil said her success is thanks to a mixture of hard work at training, a strict diet and finding ways to accommodate the unconventional sport with school.

“My school is really accommodating. They let me do online schooling as long as I keep to date with everything,” she said.

“With regards to international, because of Covid-19, there is a big question mark in a lot of events, we are still training for that because I can get a qualification for the Olympics. In order for me to get to the Olympics I have to get to senior events, specifically Olympic qualifying events and place in the top six or win,” she said.

Her mother and manager, Letitia Isaacs, a lawyer, makes sure she is as ready for school as she is for the ice sport, especially since she wants to study medicine at Stellenbosch University or UCT after school.

“When it’s exams and other things and she has to go in – they let her go and write. Otherwise they let her study from home. The school has been so supportive,” said Isaacs senior.

Isaacs has a scholarship with Sascoc, but unlike soccer, rugby and cricket, she has to raise funds for national and international events.

She started skating at the age of seven. The sport has enabled her to travel the world. “Some of the highlights are winning gold at Budapest, competing overseas, winning gold at our national competitions and all of that,” she said.

Her next mission is to win the Cape Inter Provincials on March 28th at Grandwest. Followed by qualifying for the Olympics at a senior event in September. 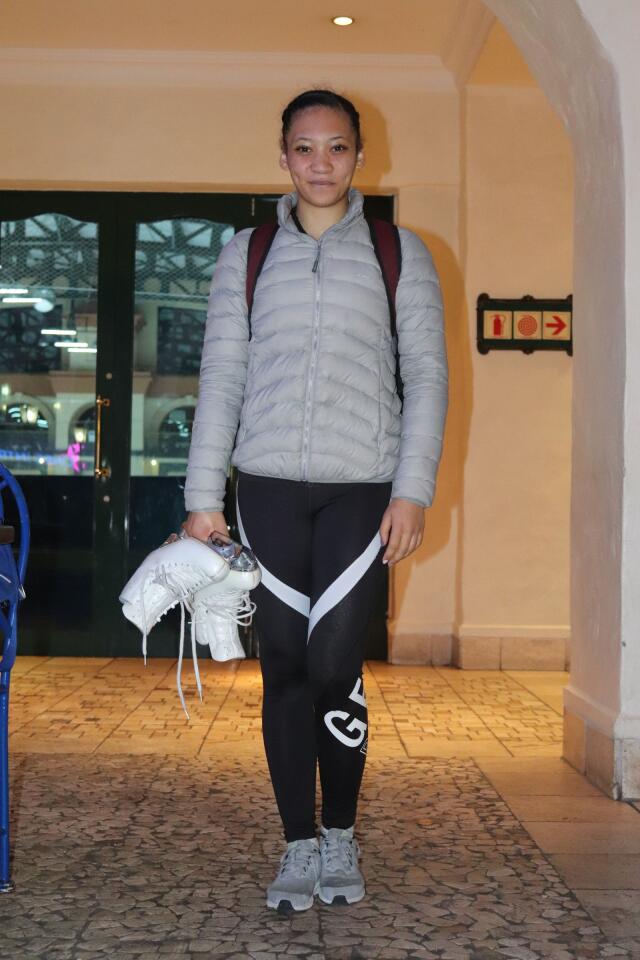 1/2: Top ranked SA figure skater, Gian-Quen Isaacs, is on the verge of becoming one of country’s best internationally ranked on the ice. 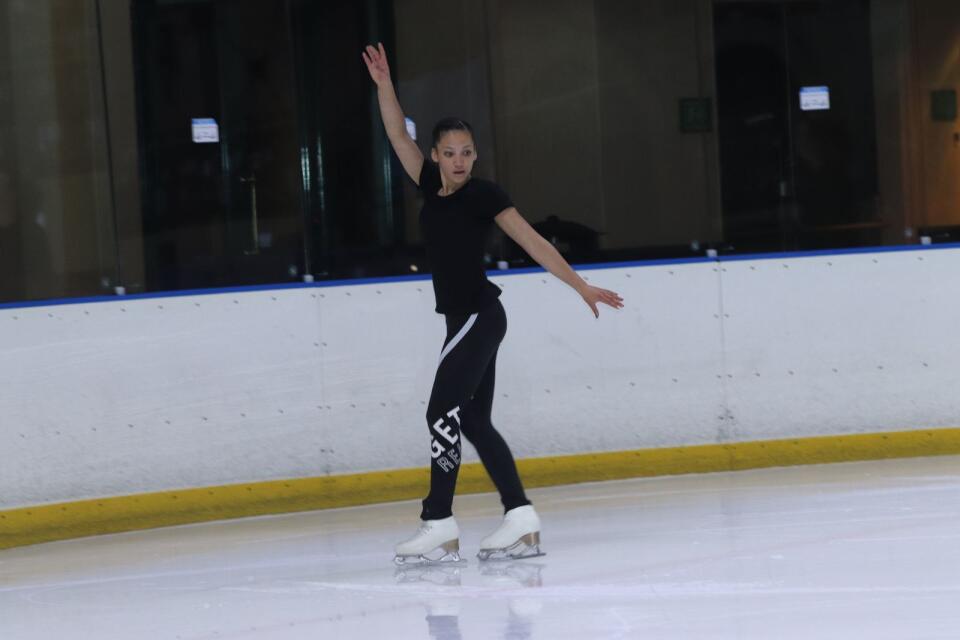 2/2: Western Province Ice Skating figure skater, Gian-Quen Isaacs, from Goodwood preparing for the Cape Inter-Provincial championships at the end of the month.